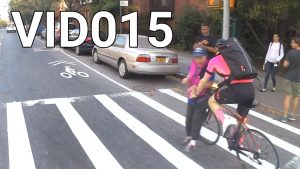 Well this is ironic, cyclists as we already know are 2 wheeled cunts, these fuckers have climbed 50 rungs up the cunt ladder when they were given right of way over motorists, it was a licence to make themselves a hundred times more disliked.

Well when the rules changed these cunts have now to give way to pedestrians and they don’t like it, so now legally when these cunt ride into someone on the pavement you can not only kick the living fuck out of them, you can sue the fuckers as well. 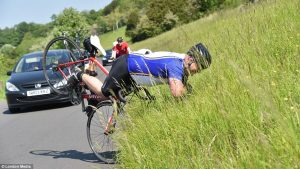 Cyclists are cunts, they really are, check out this bit of Oscar winning bullshit from this sweaty,ugly, cunt who should be a professional footballer with acting skills like that, she needs her bike folding in half and ramming up her arse.

Thats my opinion, so imagine what the Laaaaand Rover driver must be thinking, the new law is a joke, its going to be hit and run city i think, fucking cyclists are cunts. 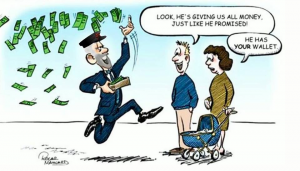 Corbyn answers the first question and manages to make sure we all know Islam is a wonderful faith and bigged multicultural society.

Can’t do that without reducing immigration. Fucking idiot.

He’s already screwed on that front.

Getting asked about immigration, giving a spiel about the EU.

Talks about ”future controls” but s saying nothing about how he would control it.

Now Paxo is on.

The roasting has commenced.

Paxo is ripping him on not being able to get his ideals in the Labour manifesto.

Heh, it will be a cold day in hell before that happens.

America, Russia, China, N.Korea, India, Pakistan and Israel are laughing at this cretin.

Cunt Corbyn claims there will be a deal with the EU. Paxo is calling him out on this.

We all know Corbyn would take it up the arse from the EU in negotiations.

He would roll over on any divorce bill. Utter cunt. 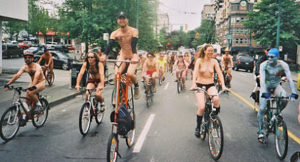 Cyclists are total and utter bell-ends. They seem to think that they own the bloody road,pedalling along in groups making overtaking virtually impossible. They jump red lights,ignore road signs and get quite snippy when you pull up in front of them to get out and explain to them what you think of their bellendery.

Well,you wannabe Bradley Wiggenses,you can all fuck off with your cunt-containing lycra, foreskin helmets and general total wanker attitude.

As for the prick who told me this morning that he had my” threatening behaviour” on camera,you’re just lucky that you don’t have a fucking good view of your lower digestive tract on camera.

I fucking loathe the Lycra benders. They use the dual carriageway by me for time trials, the zoned out cunts. These pricks then think that the road, a busy main A road, is just for them, and traffic should give them all consideration and right of way. All these pricks care about is their time, so road positioning and indicating, or any of the rules of the road go out the fucking window, the riding four abreast cunts.

Pushbikes, especially those ridden by a pointy hatted, immac legged ponce, should not be allowed on a road where they have to compete with 70 mph traffic. 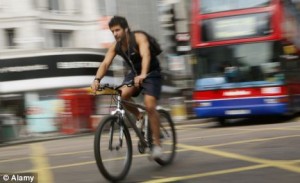