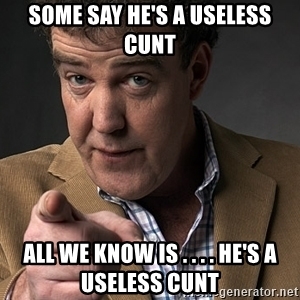 Use the Comment section below to write up your cunting nomination.

The site admins will periodically review the nominations and will either:

✔️ schedule it to be published immediately or at a later date, OR
❌ bin it for any number of reasons

Either way, your nomination will disappear from this page.
That’s how you’ll know it’s been reviewed, so don’t ask.

If you want your cunting nomination published, follow the fucking rules:

[1] Whenever possible include a link to a recognised news source or risk 🗑️.
[2] Unsubstantiated allegations against living people or institutions results in 🗑️.
[3] Too short (less than 5 lines) or too long (more than 50 lines) qualifies it for 🗑️.
[4] Pay attention to grammar, spelling, punctuation, spacing. Unreadable equals 🗑️.
[5] Do not add comments to nominations unless specifically requested by an admin.
[6] Stop using the Nominations page to ask for things not to be nominated. Use the Contact Us page. That’s what it’s there for, otherwise 🗑️

Which leads us to a most important rule:
Respond appropriately to an admin comment within 2 days or guess what happens.
That’s right. It goes in the 🗑️.