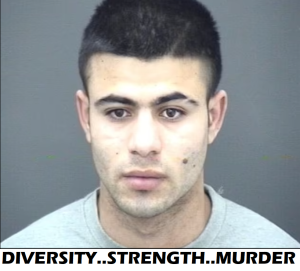 Rishi promised to stop the small boats, well 2023 is here and so are the boats, hundreds have arrive since the new year, it’s not going well.

To the substance of the cunting, an Afghan cunt who arrived claiming to be 14, real age 19/20, has been convicted of murder after stabbing someone in Bournemouth, it was also revealed that this cunt had shot and killed two people in Serbia.

How many more are already here with similar backgrounds and how many more incidents will it take before these cunts are just removed, no claim accepted, no appeal allowed.

It appears that he tried his luck in Norway and was told to fuck off, we are just fucking mugs.

Nominated by : Sick of it 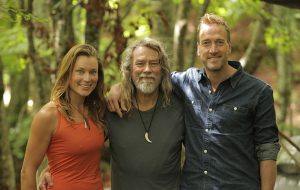 Not really a cunting for Ben Fogle himself.
Mrs Cunter calls him “that posh twat” but despite him always wearing shorts I think that he is a good presenter and his programmes are entertaining.

He always gets stuck into any hard work that he is asked to do.
It’s a bit harsh to judge him on his Surrey accent and his predilection for showing his knees.

He goes to meet people that have allegedly decided to drop out of the rat race and live off grid. Day’s away from the nearest civilisation (Must be Sheffield then – DA).

But he never asks the very important question, “So here you are, with no electricity or Internet, two day’s walk from any living person. Tell me….. How did you hear about my programme and how did you contact the producers to be a part of it?”.

He meets people whose only contact with the outside world is an aged mobile phone, charged through a solar panel.

“So if you have turned your back on society who has your mobile contract, how do the monthly bills get paid or if it’s pay as you go, how do you top it up?”

“When you get a tooth cavity where do you go to get it filled and how do you pay?”

“How come that we are in deepest Alaska and you have just made me a coffee?”

I don’t believe for one minute that these people are truly off grid.

The people that Ben goes to see are just scruffy dossers who live in ramshackle dumps because they don’t want to pay the majority of the bills that normal people get.

There is nothing brave or pioneering about them.

Ben, sort yourself out and start telling it like it is.
Expose these smelly, unwashed wasters for what they are. 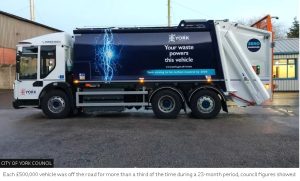 Erm…recruiting more bobbies on the beat?

No, they’ve spunked it on 2 bin lorries. And they don’t even work in the rain.

You see, they spunked £500,000 each on two bin lorries that were fully electric to stop Greta crying. The fact the cunting things were out of service most of the time for a year isn’t a big issue for the council.

You see, they bought 12 ‘green’ bin lorries, but only two fully leccy ones. The manufacturer paid for (no doubt diesel) replacement vehicles while they worked out how to fix the (many) faults.

Just skirt over the fact you’re spunking 500k of residents money on a single bin lorry then?

Oh don’t worry, York constituents. They plan on spending more of your hard earned money on making all of the bin lorries fully leccy soon.

I wonder how Greta got to be a multi millionaire at 18 with no qualifications whatsoever, eh?

The Climate Change ‘Emergency’ is the biggest grift in history. A lot of cunts getting rich by saying the weather isn’t perfect…without even saying what weather they actually want, of course.

It’s all grift and backhanders. 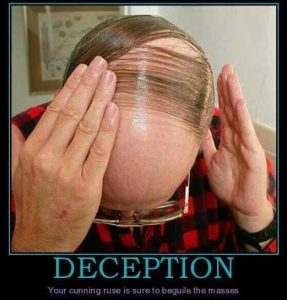 Happy days. I already look like a constipated turtle, weigh about 8 stone, couldn’t win an arse kicking contest in a room of one legged men, and now I’m going bald. Could life get any better? 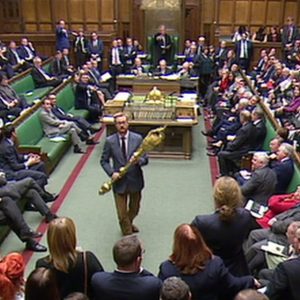 His piss starts to boil if you disagree with him. Lloyd is paranoid as if everyone’s against him .

Like he should wear a hat made of tin foil. Lloyd Russell-Moyle.

He strains and…and you feel his underpants could soil when in full flight. Watching him is a really hard toil.

To the lbgtqia+ community he is extremely loyal. Lloyd Russell-Moyle.

‘creepy weird behaviour’ in the Commons again. Remember the mace episode?
Well this time it is his hugely over the top response to a female Conservative MP’s legitimate concerns about that Scottish bill to bring in self- identification.

Also he went and sat in the conservative benches afterwards according to the Express. ..really weird.

Quickly, I have watched him discussing other political topics and he comes across as reasonably human. But when it gets onto lgbtqia+ rights and such he really does turn into the–‘Russell-Moyle Creature’.

And seconded by: Sick of it

A cunting for chief Cream Puff in the commons, Lloyd Russell-Moyle

In the debate about the Scots Nazis gender recognition reforms (rejected by the UK government) a female conservative MP. Miriam Cates, gave her 2 minutes worth.
In her speech she mentioned having a personal experience in a ladies room (bog) where she felt uncomfortable by a bloke in a dress staring at her (avoid the description trans woman, cos it’s bollocks).

Russell-Moyle then went into one of his girlie fits screaming at her (see the clip in the link), he was quickly warned by the speaker but still went on, then bizarrely sat on the conservative side of the house seemingly in an attempt to intimidate Miriam Cates.

He will probably get away with this behaviour because he is a shirt lifter and like his mate Chris Bryant there appears to be greater tolerance for the ‘gay’ than a straight bloke.
I am sure if a straight blue bloke had done this the outrage would have been multiplied a hundred times.