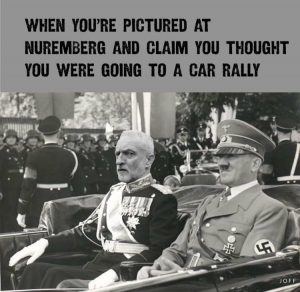 Hasn’t this cunt been cunted enough?

This scruffy self-serving tramp constantly opposes everything to do with Brexit in an attempt to force a general election.
At a time when we all need to stand shoulder to shoulder and tell the EU to get fucked, this joke of a man thinks of nothing except how to further his nefarious political career.

He doesn’t care about Britain in the slightest, and why his supporters can’t see that he’s nothing more than a power hungry dumb oaf, eager to sell all of us into slavery to maintain his workshy followers is beyond me. That said, his supporters vote for the likes of Abbott and Lammy so no, the blinkered fuckwits never will see.

I’d like to punch this motherfucker so hard in the gob his grandmother would feel it. 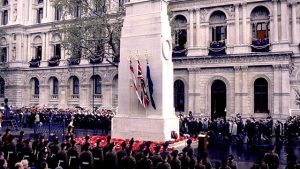 My piss is boiling over! FFS Corbyn, you do NOT wear a red tie at the Cenotaph on Armistice Day.

The Leader of Her Majesty’s Opposition cannot be bothered to wear a black tie as a mark of respect for millions of the dead who fought for him to have the freedom to spout his drivel.

Corbyn, you are a fucking disgrace! 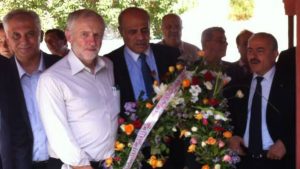 This entry requires no write-up; but ISAC rules demand it so here it is:

This terrorist-sympathising, extreme-left fucktard cannot even ‘fess up to laying a wreath for a dead scumcunt bomber, despite the full and irrefutable photographic evidence available. A cunt of biblical proportions for even being at any such funeral in the first place; he manages to ratchet up the cuntmeter to the point of overclocking it by giving such a fucking withering and incomprehensible response to said photographic evidence.

I did not think it would be possible to despise a Labour leader more than Tony Blair or Gordon Brown. Yet Corbyn has already overtaken the Renfrewshire Cyclops as literal and figurative unflushable ‘Number 2’, now only behind the seismic deity of cunt himself.

I hear a lot of Tory voters or supporters now saying “I’ll risk Corbyn just to get rid of May”. As appallingly as Mavis May and Co. are handling matters, I can’t emphasise enough what a tenth circle of hell shitshow this country would become – socially, economically, industrially – under the clown prince of cuntitude and his obese Momentum sidekicks. Think this country is being ruined by the liberals? Corbyn as PM will definitely ask you to hold his fairtrade hemp & lentil beer.

A man of such radioactive cuntitude that his mere presence emits deadly gamma rays of solid cunt, I give you Jeremy Corbyn. Fucking shitcunt. 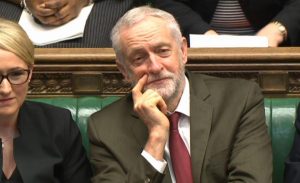 Just when you thought Jeremy Corbyn couldn’t possibly be a bigger cunt that you thought he was, he goes and opens his mouth and proves you wrong!

Such was the case in the House of Commons yesterday in response to Treeza’s statement on her reasponse to the poisoning in Salisbury. Despite being told in no uncertain terms on Monday that he was being a cunt on the same issue, Jezza blames the foreign office budget cuts for Putin assassinating one of his traitors. When BoJo shakes his head in disbelieve, the man who has done more to demean the position of Leader of Her Majesty’s Opposition accuses BoJo of demeaning the office of Foreign Secretary.

His own MPs have now tabled an Early Day Motion stating their support for the Government’s position despite their leader decrying it. His response yesterday was almost a cut and paste from the Russian response.

If ever there was any doubt that this man and his cronies are totally unsuited to govern this once great country and that he would do nothing to defend it if attacked, it was dispelled yesterday.

The man is a fucking disgrace to his office and a total liability. God help us if he ever becomes PM… 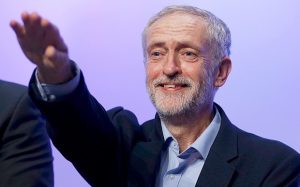 I know I’m stating the obvious here but Jeremy Corbyn is a cunt.

He’s a cunt for an uncountable amount of reasons but the reason I’m cunting him today is due to the sacking of labour peer Mendelson in relation to the presidents club “scandal”.

Now I’m sure I’m not the only cunter here that sees how ridiculous this presidents club shit is, and usually I wouldn’t stand up for a peer and especially a labour peer but here are the facts.

He attended the event.
He never saw anything untoward.
He left early.
He was there to represent the charity that he is a president of.
The yobbish behaviour was only carried out by a few drunks, most attendees were well behaved and this has been confirmed by the hostesses themselves.
There’s no evidence whatsoever that he engaged in any lewd or illegal behaviour.
He has “unreservedly condemned” the claims of others’ impropriety.

So he’s been fired for attending an event where a few idiots got unruly.
That’s exactly the same as you being fired for going to a pub where a few cunts that you didn’t know got into a fight.

And this is from Jeremy Corbyn.
The same cunt that bangs on constantly about employees rights and workers rights and that all bosses and business owners are cunts.
Employees have rights. …unless you work for Corbyn that is.
Guess employment laws only apply to us and Corbyn is exempt.

This is another over reaction by weak and scared cunts, sucking up to Twatter mongs and feminazi’s and I’m getting pissed of with it.
It’s fucking mob justice and this shit needs to stop.
…just like the Rourkes drift cunts the other day.

You can’t fire someone unless you have evidence that they’ve done something wrong.
….Unless you’re Jeremy Corbyn.

Corbyn is a cunt. And now he’s also a hypocritical cunt.
Maybe now he’ll stop making out that he’s the champion of employees but I doubt it.

Nominated by Deploy The Sausage