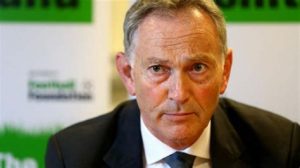 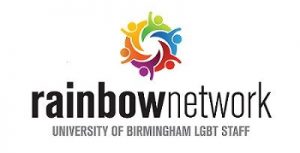 This is nothing by the way to do with Dubai, it’s their country so they make the rules but Fuck me do these cunts have no sense of reality. They have just realised that at their Dubai campus (for fuck sake) their is no legal recognition of LGBT rights because being gay is against the law in Dubai. They have been warned that certain things may not be tolerated by the local peaceful. Actually not tolerated is wrong, you will be jailed if you are gay. In the UK all your SJW bullshit and whinging just makes everyone on edge and feel they are at risk of losing their job or professional reputation just for having a slightly less right on view than yourself and maybe saying in your opinion a misplaced comment or joke. But now you can go and see what tolerance levels the peacefuls have for your gay selves. Also while your studying at the Dubai campus why don’t you go fly your rainbow flag from the top of the refectory and see how quickly your arse is whisked into desert chokey. So Listen you bunch of self serving cunts if you don’t get how lucky you are to live in this country by now then you never will and if you don’t like it then I’m sure the tax payer will happily chip in so you can complete your education in that bastion of human rights Dubai. 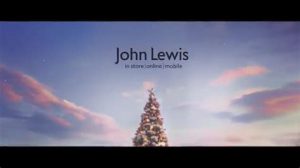 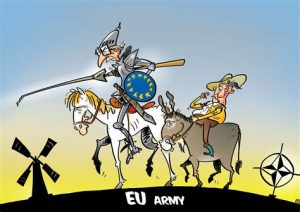 Touching tribute to Blighty’s Fallen at Thiepval by May and Macron above? Fair play Old Mother May did the Old Contemptibles proud. Ram rod straight (except for the hunch), solemn measured pace despite the tottering kitten heels, respectful laying orf wreath, three paces back, a moment of prayer and respectful contemplation then turn and fuck orf oit the picture. Macron? Scampers up in heels higher than the Hunchback’s, drops Tribute then turns back an scarpers towards nearest TV cameras.
Macron you pox raddled Froggie Cunt, you do not turn your back on The Fallen. It is simply not done even if your built up heels are higher than The Hunchback’s. Appreciate it is French military custom to always to turn your back on the Enemy and run but not your dead Allies. Cunt.
Have looked for photos orf this gross liberty but all seemed to have now vanished and me butler cannot be arsed to do a screen capture from newsreel footage. Cunt.
The ultimate obscenity is that Macron and Merkel have used the sacred occasion and the publicity afforded by The Remembrance to come together to flog The EU Army.

Satisfying that little Napoleon has blotted his copybook with The Big Don and Trump has realised that La Belle France is not after all America’s First Ally and champion orf Liberte, Egalite etc. In short Trump has called Macron’s Grand Illusion orf The EU Army an insult. To give poor Blighty her due we have always opposed this ultimate expression orf Napoleonic Megalomania so why is Macron so determined to have it? He is fanning the flames orf an age old contempt orf things Anglo-Saxon and a love orf the corporatist state, indeed the basis orf the EU. France’s economy is orn its uppers and taxed up to the hilt (hence recent French demos and riots) and Macron sees another cash cow to supplement the CAP as an earner in the creation of a War Machine built by France, backed by Germany and paid for by the rest orf the EU.

Armies require trained personnel in large numbers all following a common rule book. Where will they come from? Apart from France and briefly Blighty, the EU is composed of largely snowflake nations. Conscription – what about Human Rights? Plenty orf new immigrants with military training but might be a bit suspect in the old allegiance department. Former Eastern Europe? Plenty orf tough lads but not cheap, not anymore. Divert the NATO precept into the EU force? Not nearly enough hence Trump’s bitching. Might just buy a coupla armed whelk stalls commanded by Frogs

oh you leave your left foot in, you take your right foot out, in out, in out, we’re neither in nor out… Let’s all do the Brexshit hokey cokey, fellow cunters. You’ll recall that in the not too distant, we were offered a choice; in or out, and we chose O.U.T. ‘Brexit means Brexit’, said the Rt Hon (???) Mrs May. Really? Because this ‘deal’ looks like Mrs Chamberlain waving lots of pieces of paper and declaring ‘sell out in our time’.

A couple of examples, if I may. Just where, for instance, is our trade deal? In his resignation letter, Sharish Vara says that ‘it will take years to conclude’. Meanwhile, we’re tied in by EU policy; de facto we’ll still be in the customs union and the single market as far as I can see, with an end to that arrangement only being concluded by JOINT consent. As though THEY’RE ever going to agree… As far as Northern Ireland’s concerned, I must admit that I’m not really sure just what’s being proposed, beyond the fact that it seems different arrangements will be applying there to the rest of the UK; all, it seems, to satisfy those great friends of ours in the Republic.

Somebody tell me if I’ve got this wrong, but it just seems that under May’s deal, we’re going to be shackled to the EU for ever, in a half way house, not a sovereign nation, and still paying through the nose for the privilege of kow-towing to Brussels. This isn’t what 17.5 million people voted for. Mrs May, you’re now asking those people to accept a situation that you said you would never allow to happen. You promised to maintain our sovereignty and the integrity of the UK, but you’ve betrayed that promise and are preparing to sell us down the river. The EU has shown us that with friends like them, we don’t need enemies. Brexit means Brexshit, Mrs May. Fuck the Fourth Reich, and fuck you.