Right. Sky news are getting cunted.
I just watched their report on the german far right.
We all know what cunts they are.
The millions that were murdered by those fucking pigs in the past will never be forgotten, and if every hitler symathiser got mangled in a mincer tomorrow I’d cheer like I’d just won the world cup.
Sly news went to meet some.
Yes they were cunts. If I had my way, every cunt that praised hitler would get a huge dose of his own medicine…. but …

Then they started trying to tie the afd to them.
Ok, I don’t really know much about the afd, but I know about sly news (and the beebistan) so I know not to believe too much that they say…

Apparently the afd have fooled everyone by starting as a euro sceptic party and then “stirred up populist rage”, “shifted politics to the right” and “emboldened the extremists”.

Angela fucking Merkel did that.
By not listening to common sense, by not listening to the people that pay their taxes, and disregarding everyone with a different opinion to her and her band of lefty dictators as far right Nazis or racists.

Let’s face it, sky, the BBC, the politicians, in fact EVERY “elite” cunt in the western hemisphere LOVES calling those with different political options “far right”.

….well no wonder it’s on the rise then.

Someone needs to cunt sky news…

Today one of their headlines state:

These hyperbolic cunts have a headline everyday looking at the horrendous ways brexit could fuck up every aspect of our lives.

They are employing the scatter gun tactic with the aim that if they pick enough everyday subjects that eventually they will hit a bulls eye… They want their viewership to say ‘Brexit has gone too far, skeggy might have northerners shit filled nappies and syringies in the sand, but I am not letting Brexit take it away from me’.

If todays headline doesn’t get you to say enough is enough, they will try again tomorrow with something else more ridiculous than the last… Cunts 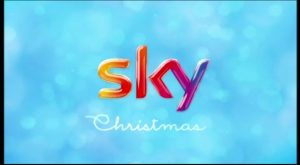 I noticed Sky Christmas appeared on the movies section this weekend.

As far as Sky is concerned Xmas is the 1st weekend in November through to the last weekend in February the following year, creaming a fortune in kids toys advertising (for a whole 20mins every 2hrs), right up to 3pm on Xmas Eve when those slots switch to fucking holiday advertisements.

Yeah just what I need to be thinking about, blowing another few grand on a fucking holiday, having just been financially raped celebrating some cunt who was born 2,000yrs ago! Cunts! 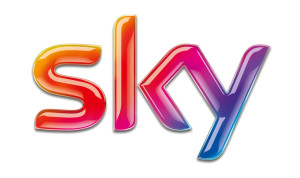 Just heard that they are about to launch a mobile phone network – this from the Murdoch corporation who brought you industrial-scale phone-hacking at The Sun and News of the World! I wonder how secure their subscribers will feel…? You just couldn’t make it up, could you?