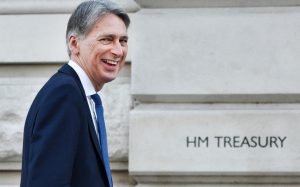 Our strong and stable government has just sold 7.7% of its shares in RBS, at a loss to the taxpayer of £2 Billion. In April, RBS reported a profit for the first quarter of £792 Million. The mismatch between these figures is obvious. RBS, after all the problems arising from the fraudulent sale of worthless instruments leading to its financial collapse and its rescue by you and me, is now in profit. If the government retained its shares in RBS and collected the dividends on these, it could repay the loss to the taxpayer incurred in buying the shares in the first place, and maybe a little something extra to pay for the Forces, or infrastructure, or the NHS…and then if it liked, sell the shares at a price related to RBS’s recovery. But no. The government, incompetent in every department, has opted to return RBS to the private sector for what it can get, because private is good and public is bad. And it’s run out of money, again/still/for ever. And because the CEO is no longer content with being paid mere telephone numbers but wants a bigger slice.

Hey, cunts, RBS was completely restructured under public control, downsized drastically, and forced to pay gigantic sums of money to the US authorities (who are a lot harder on corporate fraud and malfeasance than our fluffy-gloved unregulators). But it worked! Now it’s back to business as usual, in profit, and likely to remain so.. And that without the government’s even bothering to get voting rights on the original share purchase! Pretty damn good for public.

So…It ain’t broken,we’re still out of pocket, let’s not wait to get paid back, but instead pay Morgan Stanley, Citigroup, Goldman Sachs and JPMorgan -all of them – an undisclosed wedge to lose this embarrassing success at a loss. (Not for the first time, either. The previous sale of shares in 2015 lost us another £2Bn)

If the global entrepreneurial types responsible for this crock of shit had appeared on Dragon’s Den, Shifty Sugar, the dodgy stereo king, would have told them to fuck off in short order. Your business plan is a load of old tut, and you are irredeemable, unqualified cunts. 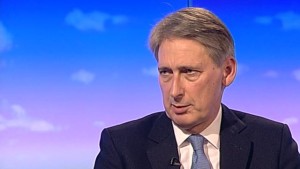 What is it with the name Hammond that guarantees you’ll blossom into a first rate cunt?

Our newly appointed foreign secretary has been sounding off about Putin again with all the delicacy one would expect when dealing with a fragile situation. ”This man has sent troops across an international border and occupied another country’s territory in the 21st century acting like some mid-20th century tyrant ” (Kennedy in Vietnam maybe?). Has this slimy little Mr Burns lookalike cuntface been living in a middle England cottage with the curtains closed and fingers in his arse and ear for the last thirteen years since we illegally sent troops to tear the living fuck out of Iraq?

And this bell end is supposed to be the Foreign Secretary. The only cabinet this cunt belongs in is one made of sturdy oak with a strong lock on it. This guy is not prodding the Russian bear, he is shoving his skinny little hand up its backside and. No Phil, this isn’t Iraq with its catapults of shit for WMD’s, this is military powerhouse with the capacity to turn us all into dust within minutes. I personally hope that Putin nuts him at the next G8 summit for being a stupid little cunt.

When total war breaks out at least that cottage of his will get decimated first.

Nominated by: Too Many Cunts