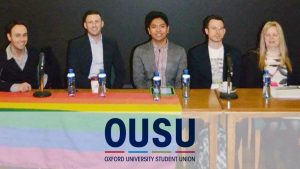 This one looks like piss take but seemingly is true:

”Oxford University’s student union has said it will place “trigger warnings” on freshers’ fair stalls which students could find distressing.”

Apparently an Anti Abortion stall can make them go all vapoured and unnecessary. Likewise some fucker wearing a blue rosette. There will be recovery spaces for those affected.

”In a message posted on social media, the student union said it was not able to ban any society from having a stall at the fair because of UK freedom of speech legislation.”

Were it not for these Nazi free speech rules the students Union would only allow favoured causes – Trannies, oppressed blacks, muslim clerics, vegans and artisan quinoa sandwich stalls.

Oxford is supposed to take the cleverest students. And turn them into cissified halfwits. 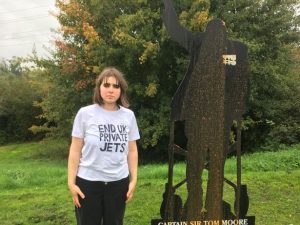 This appalling excuse for a human being poured a bucket load of human waste over the memorial statue of Captain Tom, as a protest against the ownership and use of private jets.

Her attempt at justifying this disgusting and disrespectful behaviour makes absolutely no sense whatsoever.

I sincerely hope she gets prosecuted and banged up, preferably with a psychopathic cell mate.

Some stupid lefty cunt poured human shite and piss all over Sir Tom Moore’s memorial. Not a point well made.

She’s been arrested. As she fucking well should be.

Sir Tom Moore was liked by most woke types. She’s pissed too many off on ‘her side’.

Although a few arrests were made, for the most part, these cunts weren’t arrested. What happened in London when lefties attacked and defaced statues in Trafalgar Square. Fuck all. Some right winger pisses near one and his feet don’t touch the ground.

Let me make it clear, all cunts (left or right) defacing statues, even of those I don’t like, Karl Marx, for example, should be locked up for criminal damage. History is history. Can’t be changed so leave it as it is.

Mind you, those cunts in Bristol got let off somehow despite obvious criminal damage taking place.

I doubt this silly tart will be though. She should’ve poured shit on Churchill or Thatcher’s statue. She’d have been let off.

Thirded by MiddleEngland with this rather excellent suggestion:

Fellow cunters – I give you Maddie Budd – the pathetic woke “protestor” who poured shit and piss over Captain Tom Moore’s memorial.

Even her own father is disgusted with her actions. 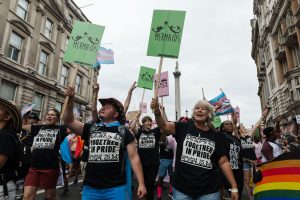 These cunts are offering chest binders to 14-year-old girls, without the parents’ knowledge and offering legal advice via law firm Latham & Watkins to kids on how to live under a different gender.

According to the link, so far these cunts have received about £20,000 of taxpayers money and £500,000 from the National Lottery. That’s yet another reason not to waste £2 on a ticket.

If schools, NHS and the police had any balls, they’d tell them what to go and do. 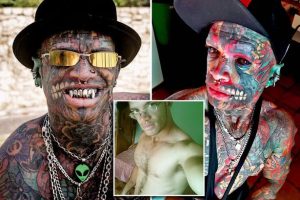 Marcelo de Souza Ribeiro, another tattooed freak, who is nominated, not just because of the freak he has become, but because he is encouraging his children to do the same as him.

Or maybe it’s an improvement, I’ll bet he’s an even uglier fucker beneath it. 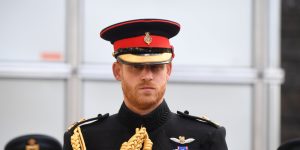 A Boo Hoo cunting for Harry the halfwit please. This poor hard done to unfortunate has turned his back on the royal family, rubbished the Queen and with the assistance of Migraine the Cunt duchess must have given the Queen and his father a lot of anguish over the last two years.

He is whinging now that the epaulettes have had the Queens cypher removed. Sorry twat boy you fuck with the royal family and the U.K and you will get served your arse on a platter. Now be a good halfwit fuck off and don’t darken these shores again.