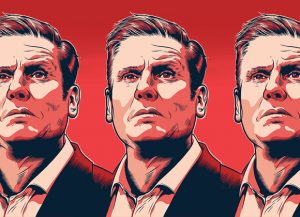 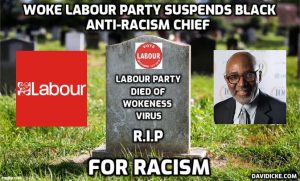 They cant fucking help themselves, can they?

They have suspended Trevor Phillips, who has accused them of toxic anti-Semitism, for Islamophobia. And what was this Islamophobia?

Mr Phillips has been suspended pending investigation over remarks, including expressing concerns about Pakistani Muslim men sexually abusing children in northern British towns…..For comments about the failure of some Muslims to wear poppies for Remembrance Sunday and for sympathy shown by some in an opinion poll towards the “motives” of the Charlie Hebdo attackers.

These are reasonable, mainstream views, so once again the woke, right-on Labour party has distanced itself even further from the people who might vote for it. And, in a deft piece of virtuosity it is recognising trannies as some sort of super victims, so that it can alienate the Muslims that this bullshit seeks to ingratiate it with.

Clement Attlee is revolving in his grave. 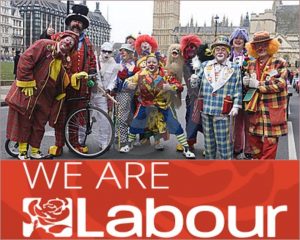 In the wake of the attack on London Bridge, Labour were quick to point the finger at the Tories over the early of the terrorist shit bag who carried it out. They shut up pretty quickly though, when the Tories pointed that the law under which the terrorist shit bag was released, was brought in by Labour. The Tories have promised better laws to stop murdering scum from being released from prison without serving their full sentences. So now Labour has switched to a new tactic, slamming the Tories for making political capital out of a tragedy.

I have two words for you Labour clowns: Grenfell Tower. Before the fire was even out, Magic Grandpa, along with several other clowns from the Labour circus, were on scene, bleating on about the evil Tories, their cuts and lack of action. Even Lammy was out, with his usual, ridiculous, shout of “RAAACCCCIIIIIISSSSTTTT”. The Tories were responsible for all the deaths. Unfortunately for the Tories, Theresa the Appeaser was PM at the time and, as usual, she did nothing to counter Labour’s claims. She had a golden opportunity to deliver a blow to Corbyn’s head, by pointing out that, years earlier, Magic Grandpa had voted against legislation that would have made it law for buildings like Grenfell to have up to date, properly working fire suppression systems in them.

The point is, Labours moral outrage on the issue of the London Bridge terror attack, is both hypocritical and a badly disguised attempt at making political capital out of a tragedy. Labour really are pathetic. Having failed to skewer Boris over his colourful love life and burqa clad women, they’ve now started, willingly aided by the mainstream media, attacking him using comments he made on single mothers TWENTY FIVE years ago. That is fucking desperate in the extreme. He wasn’t even in politics then, just an ordinary citizen. And let’s face it, that’s around the time that Magic Grandpa was still openly supporting the IRA.

For the first time in the run up to a General election, I’m actually nervous over how it’s going to go. I’m still sure that Boris will edge it, but I’m not convinced he’ll have a big enough majority to get anything done. I fear we’re heading for more of the same. 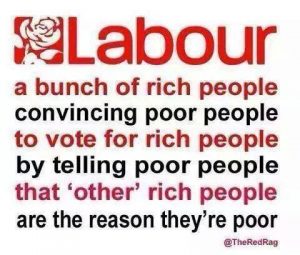 Following on from Gutstick Japseye’s excellent nomination of John McDonnell, I want to nominate the entire Labour Party.

As we all know, we have yet another vote coming up, a General Election this time, and as usual the parties are all out making promise after promise that frankly, I find impossible to believe after three-and-a-half years of lies from our elected ‘representatives’ in parliament.

One thing that’s boiled my piss though, is the recent revelation that Corbyn is preparing to announce an inquiry into Britain’s colonial past. Words like, ‘abuse’, ‘apologies’ and even the most egregious of all, ‘reparations’, have been bandied about. Holy Jesus Christ. I’ve asked these questions many times before, now I have to ask them again. Who gets the apology? And who gets compensation? Because as I’ve pointed out so many times before, every single person who is owed an apology and compensation, is long dead. As are those are who ALLEGEDLY carried out abuses. Not one single British person alive today owes anyone an apology for any crimes that MAY have been committed by British people two or three hundred years ago. We certainly don’t owe them a penny in compensation.

This bullshit is being done purely to pander to the various minority groups that Labour now sees as its voter base. Labour has spent more than two decades demonising and neglecting its traditional white working class voter base. The only white people who vote for them now, are the effete left wing middle classes who despise Britain, and those brain dead cretins who vote Labour simply because “my parents and grandparents voted Labour. They’re dead now, but they’d hate me if I didn’t vote Labour”.

Labour are no longer a working class party. This bullshit, and the fact that so many working class people are planning to vote Tory at the election proves it. 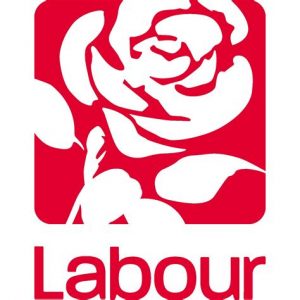 The Labour Party.  This once noble institutition was set up in 1900 to champion the rights of the poor working class. To fight the power of the millowners and the landed gentry.  This was a time when to be poor meant to have nothing and to be poor meant to be ill and have nothing and no support.  Up untill about 1989 this party fought for the poor . It is now stands for a random collection of minority interest groups ….disconnected from the people it was set up to represent.  But yet people still vote for this shit?

Nominated by the good the bad and the cunt