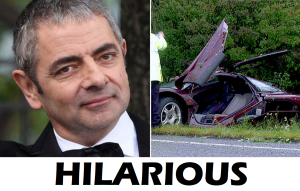 There he is again the Cunt. The ultimate mug shot. Smirking at us whenever we try to nominate a Cunt. I know from personal experience that the Cunt does nothing for nothing and has trousered millions over the years out of a very meagre talent. Oh and what is that you may ask? The Cunt pulls faces. He monitizes mugging.

So how much is Admin paying for use of his self copyright? We leave that one hanging. Now worth approx £100 000 000 from TV and Film, principally the Mr Bean franchise, like shite hardened in the bowl no matter how strong you piss on it it will not shift. Go down on hands and knees and scrub away and it still will not shift. Thus Atkinson is always somewhere – crashing a plane or a super car, metamorphosing into an animated cartoon, always making money.

Mr Bean is about to appear on our screens totally miscast as Maigret for crissake. Given there is a strain of Froggie that looks like an over made up baboon (Charles Aznavour, Serge Gainsbourg, Nickolas Sarkozy et al) and a French soldier is universally known as a surrender monkey there may be some justifiable racial stereotyping going on here. But Atkinson as old bumbly voice rich as aged cognac (personally never touch the Froggie filth) Rupert Davies I say not so much as sacred bleu but sacrilege!! As to the portrayal of Maigret by Peter Ustinov I say nothing other than it has to be better than Bean’s.

An Oxbridge golden penis ring via Newcastle the cunt once went out with my sister in law – but then she was an ugly cow as well. 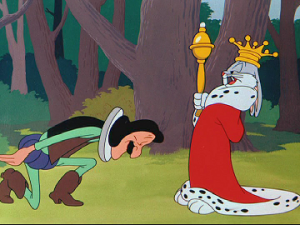