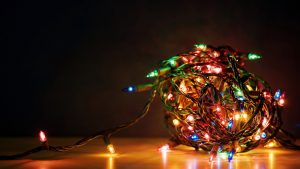 Brief cunting here. Twice now I have bought new Christmas lights only to find, after much exasperating untangling, that they don’t work. I know, I know – you are supposed to plug them in and turn them on BEFORE you untangle them and hang them up, but our desire to see the new magical illuminations overrides that! 😀

I have banned the cunt that is Sellotape. I’ve used brass hooks to hang the lights this year, much better! 😀

No need for a link, just add this clip of National Lampoon’s Christmas Vacation…

And on the subject of Christmas lights and decorations, check this out Gutstick Japseye

As soon as the imported overblown cash cow that Halloween has become is over, the Christmas cunts come out of the woodwork.

I don’t mean the corporate cunts who make a living out of it, I’m on about the balloon heads who go Christmas mental, and will drag out the festive season way beyond what is in any way reasonable.

I’m taking about those infantile cunts that tell you how many ‘sleeps’ it is until the big day, who put up the tree way before December, who cover their houses and gardens with all manner of cheap flashing tat, apparently to out Christmas anyone around them.

This is helped by having channels dedicated to showing Christmas films 24/7 from the middle of October. Who the fuck watches this shit?

And woe betide you question such behaviour, as then the patented cunt retorts of Bah humbug and Scrooge are thrown at you like you are the grumpy cunt, not the childlike mentalist.

There’s a house down the road from me, and within days it will be covered in ten foot inflatable Christmas shit, and enough lights that you could see it from fucking Pluto.
And they don’t have any kids, so what the fucking fuck?

I’m looking forward to the Christmas period, works do, time off spending it with family and friends, falling asleep on the settee after one rum too many.

There will be no glitter and tat in my house, I like it to be an oasis of respite from the commercialised tat fest that it has become, and for those cunts who think I’m a saddo or a killjoy for not behaving like a fucking imbecile, I will be enjoying myself, as I do throughout the rest of the year, as I don’t need a festival that is being dragged out as long as winter to be happy.