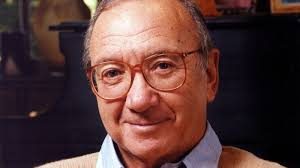 Congratulations to pedantic cunt who correctly predicted that the legendary US playwright of the Odd Couple Fame who Robert Redford described as “the best writer since Shakespeare ” would be the next dead dude. Simon had long suffered from kidney disease and Alzheimer’s but at 91 it was ultimately a bout of pneumonia that claimed his life.I bet he is in the VIP section of heaven drinking cocktails with Walter Matthau and Jack Lemmon as we speak!

3. It actually has to be some newsworthy cunt that people have actually heard of!

Oh, and the usual “Our Blog Our Rules” thing applies.