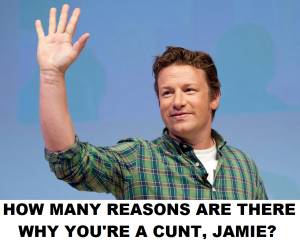 Jamie Oliver, again. He’s hired ‘cultural appropriation experts’ to ensure that his recipes don’t cause any further offence after his horrendous, death sentence deserving crime, of creating a recipe for jerk rice.
Is it just a publicity stunt since his restaurant went bankrupt, or is he just a gurning rubber faced twat who needs to develop a backbone? 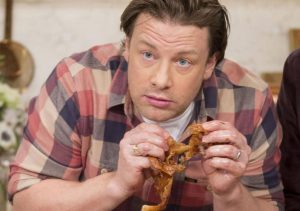 I would like to nominate Jamie Oliver for the umpteenth time. Yet again he is slavering shite about the childhood obesity problem, claiming it is now the cartoon characters on the boxes fault. I’m sorry, but when I was growing up I enjoyed a bowl of frosties as much as the next guy as well as the occasional treat of a takeaway, chocolate bar etc. and guess what I was never a fat child, I also was out burning off those excess calories playing for hours on end.

If all his other stunts haven’t worked, you’d think the message would sink through his thick, lispy cunted, fake cockney geezer skull that the kids that are obese would eat this stuff even if it came in the plainest of boxes. That they get takeaways almost every night and have snowflake parents too scared to let them outside to play, so would rather park them in front of a computer.
This is the real problem. Activity is not encouraged, but would involve the government actively doing something to help and smug cunts like Oliver not getting another 5 minutes of the limelight. CUNT!

Jamie the mockney cockney – don’t believe it for a fucking cotton pickin’ minute. This posh fuck obviously overheard some local kids say “pukka” as he passed them in his mummy’s Range Rover some years back and tried to sell himself as some kind of everyman. His disgusting oversized wet lip makes me puke and his latest show, some “lets make simple food fast” actually makes a cunt of the very folk he tries to make out he feels for.

”Just grab some choritzo and dried seaweed from your fridge and add a bit of olive oil and Chinese fucking vinegar and puma’s scrotum and tarra !! delicious pretentious cunt food , ….you’re welcome” 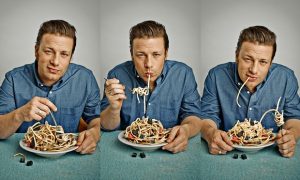 There are far too many of these tv cooks producing a lot of poncified shite using ingredients from their “store cupboard” or from a “delightful artisan” supplier who at least is bright enough to rip the pretentious shits off.

Led by King of the Cooking Cunts, Jamie Oliver, they should all be halal butchered before being turned into organic dog food, although save me Oliver’s tongue! It should feed a family of starving Ethiopians for a month, if they can scrape the slavver off it. 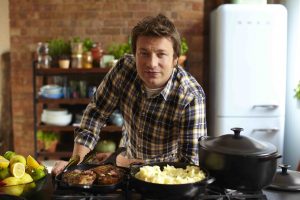 Jamie ‘Cheeky Cunt’ Oliver wants to enforce a sugar tax on the poor meanwhile more than 75% of his dishes are just bloody loaded with sugar. Hypocritical Cunt Stop trying to save the world Jamie and get back to your dishes you POOF! 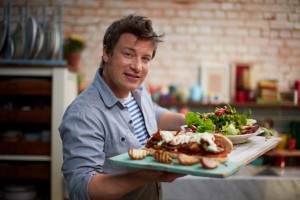 This cunt is currently all over the media because he has introduced a 10p ‘tax’ on sugary drinks in his restaurant, Hang on, since when did Jamie Oliver become the Chancellor Of The Exchequer? How is he possibly able to introduce a ‘tax’?

He has put up his prices, that is all.

And as we all know, the tax on cigarettes, alcohol & petrol has made fuck all difference even though it increases more than inflation every year.

It appears the fat Essex toad-faced cunt cannot get a TV series commissioned, so he dreams up this altruistic idea to make him look like a good guy, when all he has done is increase his fucking prices.

His restaurants are shite. Crap food with shite service. I speak from some experience.

And his ‘Jamies Cafe’ at Gatwick is a joke. Burnt bacon, cold eggs. A sausage sandwich with no sausage in one side and what tasted like minge in the other.

I shall not be returning to your vile outlets Mr Oliver. You are a crap food serving, fat tongued, pretend cockney ponce. And a massive cunt to boot.