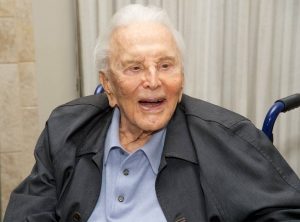 Congratulations to Bob Grapples who correctly predicted Hollywood legend Kirk Douglas would be next to snuff it aged 103.Kirk survived a place crash in 1991 and a near fatal stroke in 1996 but still made it well past 100.Good innings indeed.

Anyway on to Deadpool 156

1)Pick 5 cunts who you think will be next to conk out.First come first serve.No duplicates.You can always be a cunt and steal other peoples nominations from other pools (Like Black and White Cunt frequently does!)

2) Anyone who nominates the World’s oldest man or woman is a cunt who will be ignored.

3)It must be a newsworthy cunt we have all heard of.