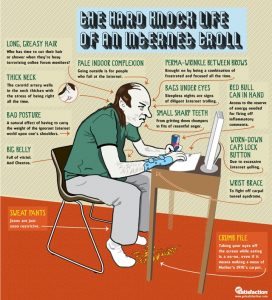 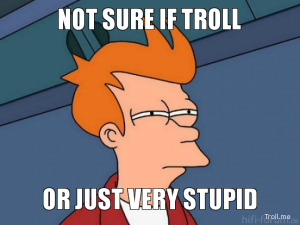 It’s competition time over at “The Troll’s Lair”!

Our favourite tripe hound has been unsuccessfully trying to post shite on this blog since 10 o’clock yesterday morning. So far he’s tried 81 anonymous proxy servers. All blocked.

So here’s the craic. Guess at what time Rickie will make his 2,000th unsuccessful attempt and win a prize. Details on his very own site which you can find [here] 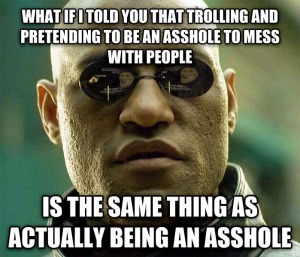 I do apologise for our David’s behaviour. He really is an utter cunt. Takes after his father unfortunately.

David’s never been the sharpest tool in the shed. He’s always been what you would call a “problem child” very rude and disobedient from a very young age with a very strange obsession with disabled toilets. He’s never sparkled in the love department either having only one boyfriend as far as I can remember. That was a disaster as well. I remember the first time he brought Benjamin home and they went straight to David’s room. I could over hear their love talk quite clearly. Benjamin said “ooh Davy, I want you to show me something 8″ long, rock hard and full of spunk !

So Dave pulled a sock out from under his bed. It had been there for fucking months, I should know, its me what has to change his soiled sheets every week. 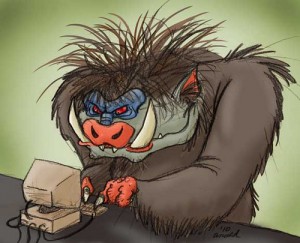 What’s with these cunts?

Nothing better to do than to post shit comments on blogs just to piss off the author. I’ve had my share lately, and all I have to say is “Fuck the fucking fuck off, you fuckers!”