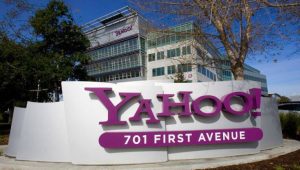 Turns out not only did the decrepit old slapper whose newspaper failed and is only available on line these days bought out Yahoo News. So it is filled with utter cuntitude. MSNBC, Huffington Post and all other glaringly narrowminded left cuntpinions. They’re utterly laughable titles and nothing but a slag off to any rational minded normal.

Turns out that not only was it such a waste of time writing comments to Yahoo (basically 80% was public opinion) with 20% screeching lefties losing the argument; the sulk meter went off the charts. Eg police were wrong to shoot terrorist who stabbed 17 in Streatham; and other assorted blanket lefty whining cunts.

The end result of all this; ‘we at Yahoo have decided’ that comments are not reflective of the countries views and have banned comments. So i) their jannies removed any rational minded persons comments, ii) they over liked or thumbed up screeching lefty opinion, iii) deleted any comments that were normal leaning if they got over so many thumbs up. Now we are left with this drivel.

Amazingly, I still get the opportunity on some boards to always remind screeching lefties that the Guardian is founded by a famous black slaver. The immediate lefty response is hilarious, it’s comedy gold. Just try it, they hate facts. If anyone wants to share their views on dealing with total lefty brain fucktards please send em in the replies. Me and boys need a fucking good laugh. Lastly, there’s hope for us all, the poor old criminal stomach shooter has been defaced again (blub blub)

anyone swallowing what the media’s shovelling?

ah fuck those cunts. but at least France is collapsing watching that petulant frog and his geriatric bitch being voted in on the rigged EU Toady vote. Happy Days

Nominated by: Get Fucked Woke Cunts