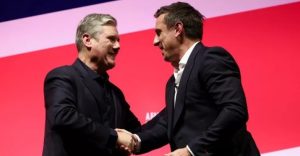 Gary Neville is a cunt, isn’t he.

Previously, the little shit-biscuit had stated, “Ah ain got no intenshun of goin’ in’o politics, liiike” yet here he was acting as if he wasn’t a multi-millionaire marxist.

This monglish simple-simon has had many achievements outside of being Ferguson’s foot-rest, including a three-month stint as manager in Spain, not being the ugliest Neville brother, and showing support for (alleged) serial-assaulter and woman-puncher Ryan Giggs on soshul meeja. 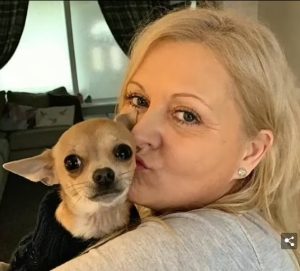 What a fucking rancid old Bag….serves her right that her “fur-baby” showed his true opinion of her and crapped in her gaping maw…calling ambulances and a 3 day stay in hospital indeed….I bet she wouldn’t have been so keen if she had to pick up the bill.

What really gets me is the bit where she says she ran to the bathroom to wash the shit out but her son was having a shower so she had time to take a fucking selfie!!..

Dear God, I’m not squeamish but if I had a mouthful of watery shite,I  don’t think that updating my Facebook status would really be my first thought when I couldn’t get in the bathroom. 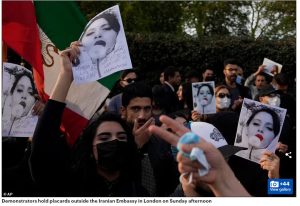 If the Cunts are so bothered,why don’t they get on the first available flight and do their protesting in Iran?…they’re not going to influence much by causing upset in London.

The Police have enough on their plates dealing with with our homegrown malcontents,spongers,deviants,tree-huggers and Royal funerals without having to bother with Cunts whinging on about events on the other side of the globe…they should take their lead from the Iranian security services and crack a few heads….Prince Andrew would be my starting point….a sponger,a teeny-toucher and an all-round Cunt,to boot.

I couldn’t give a shit what the Iranians get up to in their own Country. 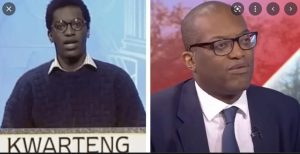 (Kwarteng, Still Universally Challenged now as he was back in the day – Day Admin)

With his traditional British name, this stupid immigrant has been the Chancellor of the Exchequer for five minutes, and has driven the pound down to an all time low.

Adopting Corbyn’s magic money tree policies, we’ve now borrowed that much money that we’re being crippled faster than the Russian economy. Putin must be pissing himself laughing at how we allow foreigners to cripple the country.

At a time when we want immigrants throwing out of the country, Liz Truss is suggesting we hire more to improve output. Since when did the Tory party become New Labour?

Stop fucking around with our money, and piss of back to Ghana where you belong you cunt.

(UPDATE: Seems that Kwarteng has been overruled by Truss with today’s announcement that the 45p tax rate for high earners will stay. A case of Left Hand:Right Hand perhaps! – Day Admin) 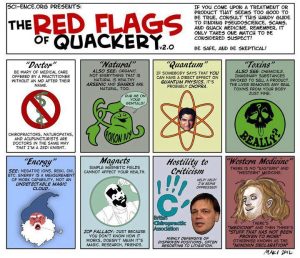 A nomination for adverts for quackery that keep popping up on YouTube.
‘Drink hot water before bed to lose 3 stone’
‘Chew this mineral before bed to revitalise gums’.
‘Tinnitus is not caused by what medical science says causes it. Put this small bird next to you ear before bed…’

I’ve noticed an increase in these adverts as scepticism over the safety of vaccines has increased online and the medical establishment is in a bit of disarray over lockdown – ‘excess’ – deaths.
Quacks? Opportunist?
I know the NHS will struggle again this winter but for fucks sake don’t replace them with this shower of woo.