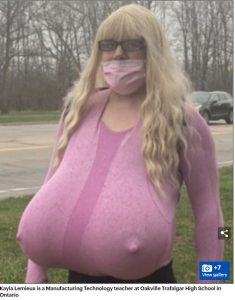 (Hands up if you have the early morning horn! – Day Admin)

The World has gone fucking mad….

i would like to nominate Fox Fiddler for this cunting for many reasons but mainly for the insane reasons that this mockery for freedoms is allowed to continue in children’s schools and universities.

Simply put, insane in the membrane cunts, is an attraction for attention seeking exhibitionists to show and expose their warped and misguided view of natural law.
It would be far healthier for society to storm the schools and Universities first before turning ones intentions towards governmental and their departments.
Save the the poor children first form themselves

And thirded by: Jeezum Priest

I’d like to second Fiddler’s nom.
If women are truly trapped in a man’s body, and need to transition to the female form, you would at least expect them to look presentable, if not downright attractive.
I site ladyboys in Asian countries as examples.
But this ugly beast, words almost fail me.
A blonde wig, gender neutral clothing do not a woman make.
The massive fake tits are just taking the piss.

On the other hand/cheek, here’s Day Admin’s pukka “Girl of the Month” for October 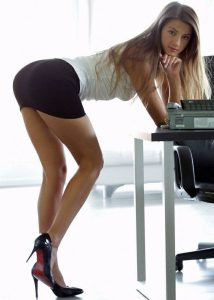