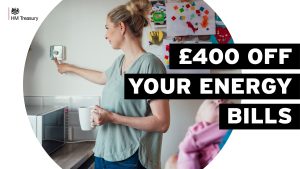 First off….Boris Johnson has said that Putin is to blame for increasing costs….

So,nothing to do with Johnson’s own ridiculous “green” agenda of relying on fucking windmills and unicorn farts plus the fact that successive governments’ have buried their heads in the sand and failed to act even when it was obvious that closing the coal mines, banning fracking, a discouraging nuclear energy policy, the end of North Sea Oil, etc might cause a couple of hiccups on our way to the new Greta-approved Green Utopia.

Most people have been spoiled and seem unable to use their common sense…not so much the Old Farts who will pull on a sweater etc…but those Cunts who think that having heating blasting all the time is a God-given right and necessity..it fucking well isn’t.

I grew up in a (vast) old house without central-heating that was damp and draughty…did me no harm, in fact,I believe it did me good…very rarely get any illness unlike these soft shites who spend their time sitting in their shitty sealed boxes with the heating continually blasting while they sit staring at Netflicks and their phone/computer screens…the sickly Cunts should get off their (probably veggie) arses, wrap their pasty,sickly,benefit-sponging brats up in a decent coat and get physically moving..go for a walk,get the blood pumping.

I see Truss has said that she might make more help available for the poor during this “crisis”….fucking typical….the benefit-sponges will again be able to take no responsibility and just expect the taxpayer to foot the bill while they order their fucking Deliveroos and play their video games.

Fuck them all to Hell.

Well, as a pensioner on a fixed income, you’ll forgive me if I don’t have a load of sympathy.
“£45k”.
I should be so lucky.

I would like to nominate British Gas et al for the greedy cunts they are.

Today I received an email to say that they can offer a fixed 1 year deal on my electric. Currently I am paying around 26p per unit. With the price cap in October the price will be 51p per unit. I checked the unit price of the fixed deal and it’s a whopping 77p per unit.

What utter rip off and sadly people who think this is a good deal will go with the fixed deal without reading the small print. They even charge a £100 exit fee. I really want to cancel my direct debit and go tell them to go fuck themselves or even better why don’t they stick there heads in the oven with the gas on full.

Sadly I’m sure most will continue to pay as they know how easy people can be manipulated with Covid and the lockdowns. But I really hope for some kind of protest like the poll tax.

Looks like I will have to make savings. Oh well I suppose won’t be able to play my Kylie records as much.

And spare a thought for minority groups like the Travellers, courtesy of Cuntstable Cuntbubble

”Gypsies and Travellers fear missing out on energy bills support”

Brought to you by the Guardian whose contributors all live next to pikey sites.

Yes, these god fearing. tax paying, non fly tipping, much maligned good people may not get the government support for which they have never paid into.