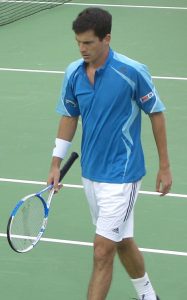 The Royal Box at Wimbledon is in sore need of a mass cunting. Apart from the Oscars and Baftas, I can’t think of an event or place where so many utter cunts are gathered together at the same time.

For a start, it’s not a box but seems to take up an entire fucking stand. I could understand if it was a little gold-plated box where Her Majesty could have a sit-down with whoever’s been anointing the royal bristols since Phillips’s demise. Perhaps a basket for a favoured corgi and kneeling space for one or two slaves.

Instead we have an embankment the size of the South Downs in which the likes of hee-hawing Prince William, Eddie ‘bearded-pedos-in-dresses-are-women’ Redmayne and whichever fucking Beckham needs a bit of camera time can sit and gloat to their heart’s content, along with an endless collection of other cunts who will never have to stand in a queue, catch a bus or pay to watch a fucking movie (or tennis match for that matter).

I could understand if the stand opposite had a small balcony for a sniper to pick the cunts off one by one, or even better a mounted great fucking sten gun to make a giant cunt-mince but no, it’s just a swathe of seats for lesser cunts.

What’s more, the fuckers are placed behind the service line so that they don’t even have to hurt their wringeable necks watching the ball being tapped from left to right.

I had more to say but I’ve wound myself up so much I’m off to have a poo and a lie-down until I feel better.