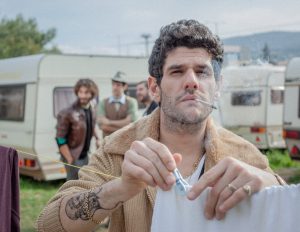 Would ye happen to be wantin’ a bit of Plutonium?

Scammers need a cunting for being the low life snake shit scum that they are.

New scam one of my customers had the other day, he was trying to sell his car, 2 greasy eastern euro Romany types apparently from east London turn up wanting to buy the car, they look over it asking questions and generally distracting our hero.

One of the cunts calls him to the back of the car pointing out some bollocks while the other cunt is climbing over the engine, then cunt number 2 then distracts him at the engine end pointing out more bollocks and the its test drive time [the car had been run earlier that day to get petrol].

The car goes down the road and its like something form a Bond film, smoke like you wouldnt beleive, they bring the car back, cunt number 1 dips his finger in the header tank and says its full of oil and with the smoke, that means the head gasket has failed, we’ll take the car off your hands for 5k a quarter of the advertised price cuz it will cost more than that to fix, they then tried to force our hero to sell the car at that price, eventually he fucks them off and after much hassle blocks their number.

As an afterthought our hero checks his cctv to find these pieces of shit squirted oil up the exhaust and put oil in the header tank, its now costing him money to get it all flushed out, but at least these fuckers didnt get the car, what a bunch of cunts.

So be on the look out if your selling a car, answering your phone, opening an email, these worthless peices of shit will do anything to con someone…gas the cunts i reckon.