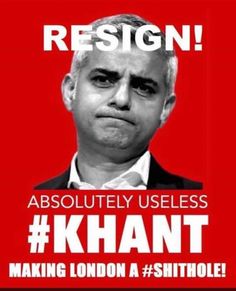 Sadiq Khan, The BBC and the Metropolitan Police.

Having cancelled New Years Eve celebrations, Khan, in collusion with the BBC and the Met, quietly organised a firework display. Why was it done in secret? Because it turned out to be nothing more than a woke, pyrotechnic shit show, which cost taxpayers around £7 million. NHS ass kissing, a BLM clenched fist and a nightingale made from drones in the EU’s colour were among the bullshittery on display. And just to show what a complete and utter sore loser the sad little cunt his, he had the London Eye lit up with the EU flag, rather than the Union. What a cocksucker.

Khan is up for election this year, assuming he doesn’t postpone it again that is. Considering the number of effniks in London, I’m convinced that, despite the fact he hasn’t delivered on a single election promise, spent millions on bullshit projects and taken every opportunity to blame his own incompetence on the government, he’ll be elected again.

Postal voting should be banned in the London election, and ID required at voting centres, because I don’t trust this cunt not to try to rig it. He wouldn’t be the first from the religion of homicide to rig an election in London. Tower Hamlets anyone?

And this from Freddie the Frog

Latest stunt from our esteemed Mayor…….he takes a million and a half quid of our money and blows it on a New Years Eve firework display celebrating and illustrating the fascist EU flag and the commie black power salute.

This was kept secret because he didn’t want people gathering and spreading the Batshit Flu. But, ever considerate, Suckdick colluded with his mates at Jimmy Savile House to show it live on the BBC.

What the fucking fuck??