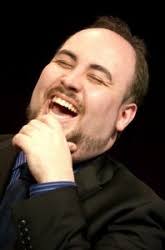 Congratulations to me (Shaun) who correctly predicted games critic John Bain aka Totalbiscuit would be the next dead dude.Bain was just 33 and had made his name as one of the first major internet critics nearly a decade ago.

Nominations are now open on this post only. AND BEFORE YOU NOMINATE, FUCKING READ THE EXISTING NOMS TO CHECK THAT NONE OF YOUR PICKS HAVE BEEN TAKEN ALREADY! Good luck