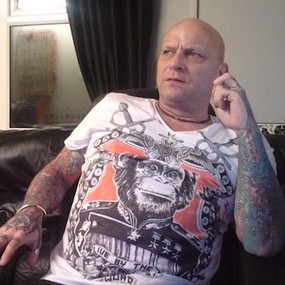 Chris spivey deserves a massive re-cunting as the fat ignorant conspiracy theorist cunt is claiming, predictably, that the Tunisian massacre didn’t happen and was staged by “crisis actors”…

A cunt out of his own mouth :

“The gunman who was later shot dead was named as Seifeddine Rezgui, 23 – in other words, an unpronounceable name commonly given over to nonexistent terrapins by the woefully inadequate, government sponsored false flag, scriptwriters”

“15 Britons were among the 38 who were mercilessly killed in the massacre yesterday and that number ‘may well rise’, Tunisia’s Foreign Minister Tobias Ellwood has said. Yeah, Tobias will be waiting on a phone call from the Cunt Cameron to tell him whether to increase the number of British dead or not.”

I apologize most sincerely for inflicting this piece of disrespectful, egotistical, sadly deluded piece of pond life on the public. I shall immediately commit suicide to asuage my guilt, realising that Chris will probably say that Cameron had me bumped orf in a false flag attack.