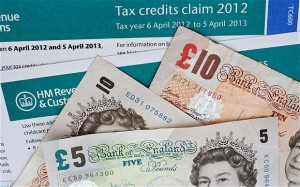 Tax credits are a cunt. There is the Orwellian language from cunts for a start.

Tax credit is nothing to do with tax or credit. It is a welfare payment so serf fuckers can afford to eat and pay rent (to their greedy buy-to-let landlords).

How the fuck can it be that a plate-faced bitch working in a shop 45 hours a week, and her tattooed chav partner, working 60 hours a week as a security guard, still need welfare payments for bare necessaries (like mechanically reclaimed meat burgers, cigs and cider).

Tax credits are obscene subsidies to criminal capitalists, and kleptocrat manager cunts in the public sector, so they can keep more money for themselves and pay less than slave wages to people who actually do some work.

Businesses (and the shit at the top in local government) get £30 billion a year in tax credit subsidies. This money does not come from corporations (many pay no tax) or the rich (with their Blairite tax-evading blind trusts and a web of off-shore shell companies in tax havens). It is paid by the middle-class and a recycling of the regressive tax paid by the poor who get tax credit.

As you might expect it was the completely insane loathsome Labour freak, Gordon Brown who introduced tax credit (along with the son of Satan – Tony Blair).

Tax credit was invented in the USA to cement plutocracy and create serfdom for the poorest 99% of the population.

Of course no comment is properly rounded without the introduction of Hitler. He said: “By the skillful and sustained use of propaganda, one can make a people see even heaven as hell or an extremely wretched life as paradise.”