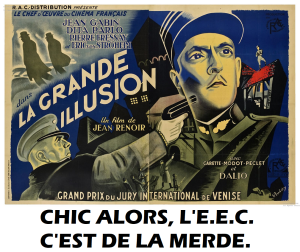 Well it’s official. It’s been confirmed that all of those voting to leave the EU in the Brexit referendum did so because they were ‘misled’, and were the victims of ‘disinformation’ about the role and objectives of the organisation. Leavers didn’t know what they were voting for. We couldn’t grasp the advantages of paying over billions every year for the privilege of being told what to do by a bunch of unelected bureaucrats in Brussels.

Who says so? Why, er, the EU, naturally. What a surprise.

Ironically, Brussels did in a sense get it right. We were misled, but this actually happened at the time of the referendum on joining the European Economic Community in 1975. We were assured that the EEC would remain a trading bloc, and would not transform itself into a political union.

What did we get? Creeping mutation, as the EEC slowly but surely became the suffocating, bloated plutocratic nightmare that we know and loathe today. This, I’m sure, is what was always secretly intended by those controlling and driving the long-term agenda.

If reports are anything to go by, the EU has learned some lessons from the Brexit experience, but not for the better. In future, it’ll be hell bent on making sure that it’s nigh on impossible for any other country to escape from its stranglehold.

As Abraham Lincoln might have put it: ‘the EU; government of cunts, by cunts, for cunts’. A plague on the house of all those who want to drag us back in. 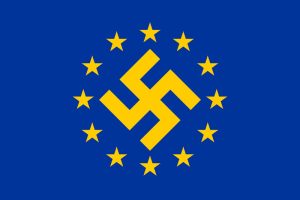 For god’s sake, cant these 26 cunting cunts get their fucking act together? Threat threat bitch. You can’t do that. Isn’t it about time that our erstwhile government gave zero fucks and told the E.U to fuck off?

If the E.U want to play it like that we should say fair enough W.T.O rules and go fuck yourself. I am not going to hold my breath waiting for Boris to say it as I will be the bluest boomer going. Let the stinking E.U pay for policing the border between N.I and Eire. Suspend all E.U boats from fishing in our waters. Oh and if lord Frost wants to boot Macron in the bollocks feel free and give him one from the boys on this august site..