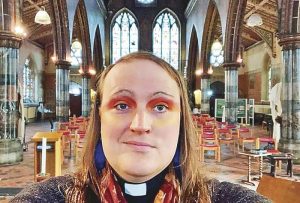 Bingo Allison. A bloke in a dress.

It’s the wife and three kids I feel sorry for.

Bingo Allison, Church of England priest has decided to try and fool himself into thinking he is a she.

Going by the photos in the article, he couldn’t fool anyone with a Labrador and a white stick.

We really need to stop celebrating mental illness as all of this is going to end very badly and not with the acceptance of sexual deviancy that the LG HDTV squad think they are going to get.

I also with the press would stop pandering to this they / them bollocks. It makes the articles utterly confusing to read and makes celebrities out of people who should be sectioned. 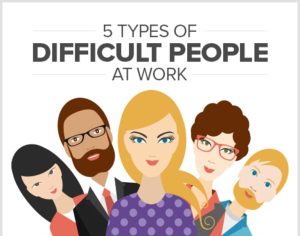 People who take jobs knowing there will be problems are cunts, aren’t they.

Why would you see a position, apply with a cv, letter, and statement, have an interview, pass the interview, accept the job, then moan you can’t do part of it because of your belief in an old fairy tale.

This aloof evangelical’s postal job was to fill in when others weren’t available, but later refused to work on Sundays  because of his religious belief.

We had this here several years back when a Muzlim woman who worked for M&amp;S refused to sell alcohol. She wasn’t asked to drink it or even touch it, just sell it! M &amp; S ended up apologising!

Why do these upstarts assume they’re so privileged? Why do they even apply? If your religion prevents you from doing your job, find another religion or find another job. 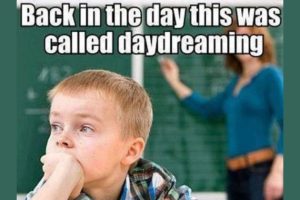 Oh dear, poor old Johnny has apparently been diagnosed with the fake condition known as ADHD. ( translation….being a rude, up your own arse cunt)
This couldn’t be a fading sleb jumping on the wokie mental elf bandwagon to get gigs on breakfast tv and be all concerned , self pitying and serious could it?
Of course not. Johnny is a funny geezer isn’t he? Err………

and supported by: Miles Plastic

That’s funny Sue Perkins is in the news now for having been given the same diagnosis. What a coincidence.

We know this because another ‘star’ Tom Gray the guitarist from ‘Gomez’ said on Twitter that he thought he had it. So SP responded with her news and wished him well ‘on his journey’.

Strange but I have been feeling resltess, fidgety all day. I must have it.

What does it stand for?
‘Attention Deficit Hyperactivity Disorder’. Ffs…

Aren’t kids supposed to have it? What an excuse for bad behaviour.

Fuck me Sue says she’s got it. ( She is a bugbear of mine.) That explains the fucking annoying manner of her ‘humour’. She’s so ‘zany.’

I’m surprised JV has gone down this road though. Kinda like him

That’s it-maybe they’ll get a tv series on it.

A 600 degree C. cunting for this shit show and its moderation team, pepper.

It is a website supposed to be for voting on what are perceived deals and sharing them for other people to buy, and also allows for discussion on forum threads, and the deals themselves.

However it’s turned into a political platform (like every other cunt nowadays). Every woke subscription is promoted on this website, and anyone who disagrees with the popular narratives are put on a moderation list to go under review.

Ukraine, Greta, CONVID, cost of cunting crisis, the NHS, veganism, eco warriors, feminists, inclusivity and the biggest one of all, racism (as in: whites oppressing everyone else and they should be ashamed) : the website is just an echo chamber for the above bullshit.

But don’t take my word for it. Look at the horseshit under their terms and conditions, which brings me to the crux of my cunting:

‘Denies the existence of systemic racism, or downplays the effects of racial injustice‘

So its against their code of conduct to say that in the UK, racism is not systemic.

The UK is one of the most tolerable countries I have visited, and far more tolerant than myself as an entity, I can assure you. But to say you will be banned if you don’t agree with this subjective bollocks? Websites like these should be shutdown. Pure censorship.

Downplays the effects of racial injustice? I had comments deleted for saying I was racially abused by a POC, or CUNT, for short.

I would say we are through the looking glass, but this shit now seems like the new normal. 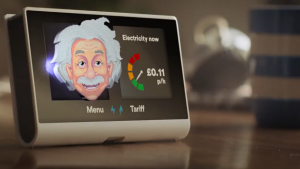 I have long suspected this cunt to be a complete and utter fraud, ever since I had the displeasure of studying his Theory of Relativity bollocks at school. I now know it to be a fact.

Not content with being long dead and forgotten, Albert is currently ubiquitous on our televisual machines, pretending to make cups of tea, cavorting with confused persons of colour, while at the same time attempting to scam our highly infantilised UK population into lumbering themselves with a SMART METER…

We are supposed to think, “well, if Einstein thinks it’s a wonderful thing to have a Smart Meter, then it must be, no? After all, he’s got a brain the size of a planet.”

Like fuck he has! The cunt’s been brown bread for 68 years.

Fuck off you phoney patronising shit for brains cunt!