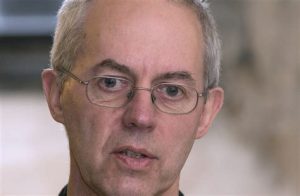 Beam me up Scotty!

Wokery and the hipocrisy of Justin Welby and the Church of England.

”Archbishop of Canterbury Justin Welby criticises delay in removing slavery plaque.
Mr Welby criticised delays in taking down a plaque to slavery financier Tobias Rustat at a Cambridge college chapel.
“Why is it so much agony to remove a memorial to slavery?” he said.”

This is from a man who alledgedly covered up kiddy fiddling in his organisation. For decades.
This from an organisation that definitely benefitted not just from the slave trade but also the poverty of British people.

Here’s a thought. Sell off the buildings and treasure the CoE has ownership of. In the fucking £billions. All funded by dubious means. And use it to make restitution to the poor black people starving in the UK because their ancestors were stolen from their lands of milk and honey. Perhaps they might use the money and go back to the paradise that is Africa. Or send it to their kinfolk in Calais to buy pedalos.