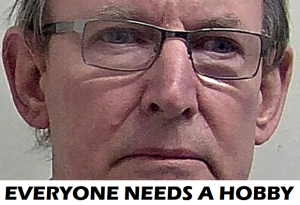 Cunters may wish to amend their nominations for British Cunt of the Year when they catch up with this beauty.

A deviant electrician of Tunbridge Wells is an exponent of corpse fiddling on a grand scale. It seems that nowadays women can’t even avoid the attentions of sex pests when they are dead.

David Fuller has a taste for murder and dead bodies. Otherwise, he was perfectly normal, at least according to a nurse who he plied with cocktails and airshow tickets.

Presumably finding cadavers were cheaper to entertain than nurses, he accessed the morgues of two hospitals so that he could have his way with at least 78 deceased women.