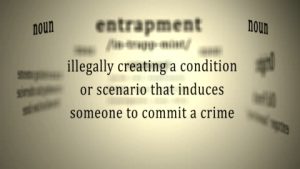 A few days ago I was on customer-site, installing some tin and updating software.

All fairly routine and mundane, but while I was waiting for some Microsoft updates to complete I started chatting to one of the accountants there (an old friend and former work colleague from my time working at CSC), and how he was very much under pressure now that one of his colleagues had been suspended due to alleged homophobic comments in the office.

He said that the guy had been helping a new placement person get up to speed with the Sage accounting software. They both got on quite well for the first 2 or 3 months, but it all started to fall apart when she started asking him personal questions, mostly on his views of LGBTs.

This guy is in his early 60s and didn’t agree with any of it, and as a consequence some of his remarks were as you might expect rather offensive.

Nothing else was said for a couple of days until he was called into his manager’s office and told about his suspension due to a complaint by “a work colleague”.

Rather shocked by that he had to leave the premises more or less straight away. The guy who told me this also said that he was absolutely certain the “work colleague” was this new placement bint because she was very happy to see him suspended for his “old fashioned views”

Turns out she was recording the entire conversation between the suspended guy and herself on her phone, and that she was leading him on even though he was totally unaware he was being filmed – entrapment in other words.

This is only a small company of about 25 employees, and I don’t know anything about their HR policies. And neither do I know if the suspended guy will be able to defend himself and have his job reinstated. I don’t even know if any of what I was told by the accountant is true either. But it really is a fucking liberty to be coerced in that fashion by some calculating cunt who wants nothing better than to see someone fired for expressing a view.

I am so glad I am self-employed, and rarely get involved in any kind of personal conversations for precisely that reason. Say anything out of turn, and you could end up recorded on film, and ultimately on social media as the resident bad guy with your life ruined!

UPDATE – Seems that the suspended guy has got in touch with a lawyer and is going to challenge the decision,  suggesting that the alleged recording is a breach of trust and illegal (given that this happened on company premises without company approval or knowledge.).