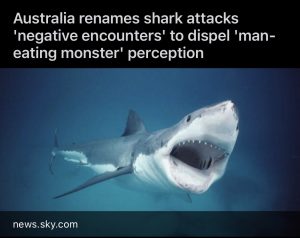 Presumably the horrible stereotype of being mauled/killed by a shark. If they later want to get injury lawyers to sue people who injure sharks might I suggest the name ‘No fin, no fee’?