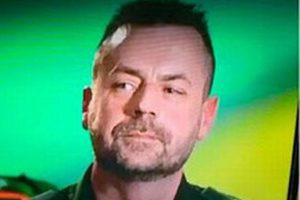 Apologies for the image quality, it’s quite hard to find a good picture of the cunt.

A cunting for the despicable motherfucking cunt who is, and I’d rather type, ‘Was’, Martyn Smith.

Who? This Gold-Plated Cunt stabbed two paramedics who attended his house following a call to check on his welfare.

He stabbed one in the chest and the other in the back as he ‘Exited’ the building. Fortunately, the police were also in attendance and arrested the cunt, and, also caught the attack on their bodycams.

It is a sobering watch as the poor bastards attend what should be a routine call and are confronted with this. Also, the sentence handed out for stabbing two of my green colleagues? NINE fucking years. Yeah, that told him….