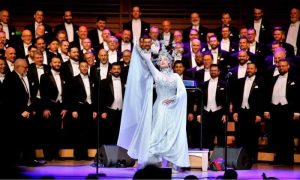 A lot of beards there… fair few twinks too.

A nomination the Gay Men’s Chorus of San Francisco for releasing their ‘joke’ song ‘we’ll convert your children’ to wind up the right. Well it worked, so well they’ve had death threats, been doxxed and had to close their office.

Then I saw that the peaceful community has been sharing it around. I can’t help but think of the Pulse nightclub shooting in Orlando and Charlie Hebdo office attacks.

They say multculturalism and intersectionalism are unworkable and doomed philosophies and I’m sure things like this are bound to help, especially as at least 4 of the choir are alleged sex offenders.