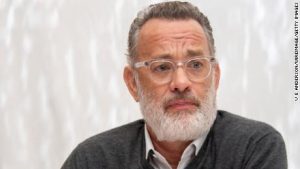 Tom Hanks? isn’t that a euphamism?

Does anyone actually like Tom Hanks? Since he won an Oscar he only appears in the most Tom Hanksien of films.

You know the sort, bland Oscar bait piles of dross that they want you to think it’s like putting on a pair of cozy slippers when in reality they’re just shit.

Don’t get me started on the pile of shit that was Forrest Gump. Watch it again, you obey orders all your life and you get to go to space! You actually think and don’t blindly follow orders you end up with AIDS, miserable and dead.

I liked Big though.