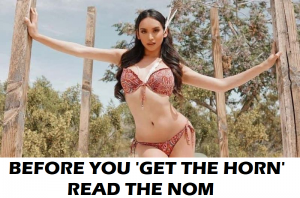 The modern Beauty contest is a cunt, isn’t it.

Kataluna Enriquez has won the Miss Silver State USA pageant, an event considered a preliminary competition for Miss Nevada. Great, well done. I’m sure we all want to say, “Congratulations, mate” and slap him on the back. That’s right, Kataluna is a biological male.

Enriquez will now move on to the state competition that leads to Miss USA and, eventually, the Miss Universe competition. Willy win that? Only a dick would bet against him, erm her.

Sometimes you have to prick yourself to check you’re not dreaming. This just gets on my wick.

Apparently Enriquez mentioned that at a previous pageant, when event organisers found out he was a transgender, they required him to provide medical documents to prove he was female. What’s the problem? They should have a standard questionnaire:
Were you born a man?
Have you got an X and Y chromosome?
Does your scrotum sometimes itch?

Presumably they couldn’t get a straight answer.

Enriquez also moaned that the organisers also allegedly refused to assign her a roommate. They couldn’t have been thinking straight.

I’ll say one thing, this Enrique’s got balls.

66 thoughts on “The Modern ‘Beauty’ Pageant”