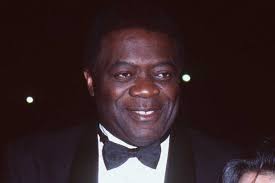 Congratulations to Black and White Cunt who correctly predicted the actor Yaphet Kotto would be the next dead dude.Kotto died yesterday aged 81.He was best known for his role as Dr Kananga in Live and Let Die.He also starred in Alien ,The Running Man and Midnight Run