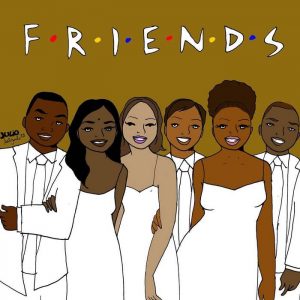 Not a genuine compo so far as Yours Truly knows but never say never.

What is obvious is that the Wokery is in a panic with persons of color popping up everywhere on the media. No POC as James Bond yet but damn close.

Suddenly POCs as grinning old cunts buying funeral plans, extra woke POC s in wheelchairs presenting exotic travel programmes, annoying POC presenting Sky at Night and on and on. Even saw a POC “Science Communicator” attached to a programme to explain idiot simple concepts like why it gets dark at night – even I know that – take a night shot, turn the lights off, go to bed, pull me night cap down, shimmy me old arse to dispense any latent gas, close eyes and drift off. It’s dark.

There was some ultra woke “Portrait Artist of The Year” compo on Sky Arts or BBC Bore it might have been. One male POC, one Gay POC and one female non POC artiste. They had to draw or paint woke candy camp non POC Eddie Izzard….(lovely blue eyes though) in Miss Whiplash boots (and referred to in the female pronoun by all) and another subject of their choice which turned out to be a non-entity that eludes me (by Male POC), Gay non POC boyfriend (by Gay POC) and POC female friend (by non POC female artiste). Who accumulated the most Woke points and won? Gay POC natch who got the prize (£10 000 and commission to paint POC Cuban ballet dancer in Cuba and Brum).

Interesting foot note, despite all being fascinated by Eddie’s burning blue eyes, their full glory never really made it to the canvas. Eddie was disappointed.

Point about all this camperoony is that the POC is invariably of West Indian/African heritage which excludes two thirds of the POC planet. Who is running all those Chinese, Bengali, Pakistani, Afghan, Persian, Indian, Nandos ect ect restaurants?

50 thoughts on “Person of Color of the Year”