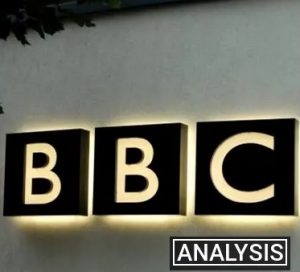 The BBC has dozens of correspondents who presumably “analyze” situations and enlighten us with their insight. Many organizations and industries, particularly the financial industry, use analysts and one of their main jobs is to foresee what might happen in the future based on factual and statistical information. Get it wrong too often and they are out of a job.

However, the BBC´s idea of an analysis is to quote an unnamed “source” or just do a Google search and a quick copy and paste job. One in particular pisses me off – Frank Gardner who is the “Security Correspondent” and pops up every time there is a terrorist incident. In the latest “dispatch”, presumably written from his dining room table as I imagine he is “working” from home, Frank gives us his “analysis” of the killing of the Al-Qaeda leader in North Africa which occurred in Mali at the hands of French forces.

His analysis amounts to four paragraphs which contain nothing original. No quotes from French security officials or Al-Quaeda contacts which any real journalist should have. Instead he refers to an ancient UN security report. This is followed by four paragraphs on the French presence in Mali taken from the archives.

Presumably Frank earns a huge salary in keeping with his expertise and no doubt will retire on a generous pension. Of course, taxpayers will not begrudge him his due. After all, it must be hard work pounding away at a computer and trying to analyze what it happening in Mali one day, Iraq the next and Yemen the day after.