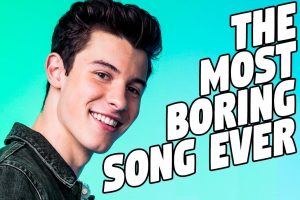 Some time ago I put up a nom. entitled ‘Done To Death Songs’. This was a bitter condemnation of all those songs which if you never hear again in your life, it will be too soon. No more ‘My Way’. No more ‘Bohemian Rhapsody, or ‘Yesterday’, or fucking ‘Mack the Knife’.
Anyway, on one of those recent glorious afternoons, the wife and I were lazing in the garden (Dog but she still looks good in a bikini), sipping cool Pinot, and listening to ‘golden oldies’ on the radio. Then bastard, on IT came, the most boring song ever. I refer to that turgid dirge ‘Release Me’, foisted on the world in 1967 by the original ‘Tango Man’, Mr Engelbert Humperdinck.
Now younger readers may be unfamiliar with this pile of maudlin wank, so here’s the magnificently mulleted Mr Dinck, seen here still cranking out his hit over twenty years later;

What a soaring feat of songwriting this is. Four lines of melody, eight lines of lyrics, no chorus to the verse, no middle eight, all wrapped up in a gloriously cheesy arrangement. To think that on release, this excresence was top of the charts for weeks, keeping the magnificent Beatles double ‘A’ side ‘Strawberry Fields Forever/Penny Lane’ from the No. 1 spot. Every 80-year-old must have fired up their zimmer frames and lurched down to their local record shop to buy it.
Over fifty years have passed, yet my loathing for this putrid piece of shite remains undiminished. I’d managed to bury my hatred in the back of my mind, only to have it resurface on a beautiful day that deserved better. So I hereby nominate Humper the cunt, the composers, and indeed every cunt at Decca Records for foisting this coma-inducing bilge on the hapless public (also not forgetting the DJ who polluted the airwaves with it once more the other day).
‘Release Me’; the most boring song of all time. Unless of course cunters, you know better…