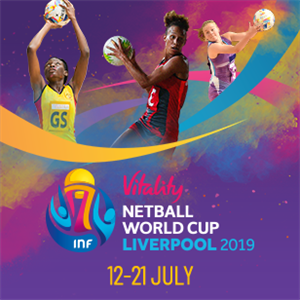 Yep that’s what I thought.

Good old Auntie is wetting itself over this previously unknown and unwatched competition, no doubt in their quest to promote ‘wimminz’ rights.

Being the cunt that I am I decided to take a look at how inclusive Wimminz Netball is.

Englandnetball have a handy guide on their website all about ‘Trans Guidance’.

Nothing at all about encouraging males to take up the ‘sport’, just Trans Guidance.

England Netball embraces diversity, is committed to providing enjoyable netball for all who wish to participate, and has developed guidance in respect of transgender people in all aspects of the Sport: players, coaches, volunteers and spectators.
Transgender and transsexual people, and the ability to obtain legal recognition of their acquired gender are protected by legislation against discrimination.
This guidance uses a number of terms associated with transgender people, see definitions below:

There are no fewer than 16 terms that all have an explanation, here are the first 2;

The sex, male or female, assigned at birth based on physical characteristics

Netball is ‘gender-affected’, and means that the average woman will always be at a disadvantage when competing against men

So how does this pan out when it comes to ‘competitions’?

The overriding sporting objective is the guarantee of fair and safe competition. Netball clubs must not restrict the participation of a transgender person in competitive sport unless this is strictly necessary to uphold fair or safe competition; any other restriction may amount to direct discrimination.

Transwomen, whether or not they have a Gender Recognition Certificate (GRC), can play, attend training, become officials, coaches and volunteer at your club; however when it comes to competition, clubs should work in accordance with the Equality Act, which states:

5.5.2 ‘The Act allows transsexual competitors to be prohibited from competing where the physical strength, stamina or physique of average persons of one sex would put them at a disadvantage compared to average persons of the other sex and where such a prohibition is necessary for fair competition or the safety of competitors’.

Well, who’d have thunk it!

Funnily enough, their bullshit policy rambles on and on about being ‘inclusive’ and not tolerating discrimination.

You really couldn’t make this shit up.

89 thoughts on “The Netball World Cup”