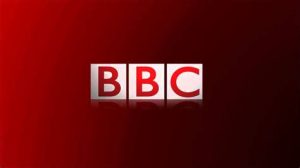 The BBC deserve a massive cunting for their final 6 O’clock news broadcast of 2018. Looking forward to the new year they sent reporters around the country to ask ‘ordinary’ people what their hopes were for 2019. Lo and fucking behold everyone they featured proclaimed the correct opinions as approved by the BBC. They even found a Welshman who ( despite Wales voting massively to leave the EU) expressed the hope that Brexit would be cancelled. Talk about bias. Fuck you BBC , fuck you to fucking hell you cunts.