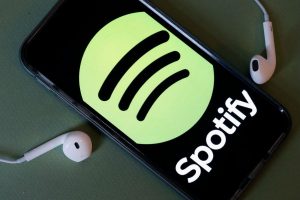 Spotify need cunting for the appalling way it is treating it’s minor artists.

I have 14 albums on Spotify and they pay me royalties every time a track is streamed. They don’t pay a fortune but it keeps me in beer money and it’s a nice little earner. That is when they actually pay me.

Seems that Spotify have been avoiding paying the big boys – people like Neil Young – who make a fortune from their music. Recently Spotify were ordered to pay out £83.5 million to songwriters who they weren’t paying properly. Music publisher Wixen has also issued a suit for $1.6 billion for what it describes as ‘willful infringement’ of copyright. Two other parties are also suing Spotify. Read all about it here.

So how does this effect me? Well, Spotify pay royalties around 2 months in arrears which, to be fair, is quicker than most of the other music streaming services. But then they get sued and incur fines, settlements and big legal bills. When this happens, they adjust their cash flow by not paying out on time. So I received fuck all last month. It’s happened before and I expect I will get paid. Eventually.

So because the little guys like me get screwed so that rich music stars can make even more money, I say Spotify is a cunt.