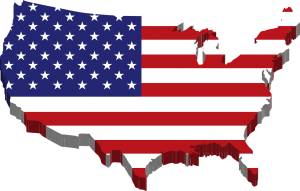 The US of Fucking A is a complete and utter Cunt of a Cuntry.

They play shit sports like Baseball and Gridiron that no other cunt gives a fuck about and the Winners are crowned World Champs,they took the fine game of Football and turned it into 100 odd fat Yankee cunts smashing into each other whilst screaming” touchdown!”

They are the fattest Cunts on the planet,even their cops look like hippos,and thats just the females. They got a place called Hollywood where thousands of Cunts remake the same film 100 times a year with the USA winning every war in history including defeating the Romans and other battles fought hundreds of years before the US cunts were even around.

They got another place called Sillycunt Valley where ugly,deformed little cunts with 2 inch dicks spend all day inventing shite like self driving cars so that their fellow lazy obese Yankee Cunts can ride around 24/7 stuffing hamburgers and pizzas and cokes down their fat faces.

The USA is a complete and utter CUNT!