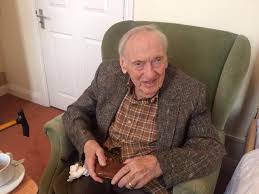 Congratulations to Boris the Boilsucker who correctly predicted that Eurovision singer and Radio Luxembourg DJ Teddy Johnson would be the next dead dude. Johnson was best known for having a singing double act with his wife Pearl Carr with them even coming second in the Eurovision Song Contest in 1959. Johnson was 98 and had been living in Brinsworth House with his wife of 62 years for some time. He is survived by his wife. There was confusion about whether he has died but confirmation has come from a Eurovision Website who interviewed him last year.

Nominations are now open on this post only. AND BEFORE YOU NOMINATE, FUCKING READ THE EXISTING NOMS TO CHECK THAT NONE OF YOUR PICKS HAVE BEEN TAKEN ALREADY! Good luck