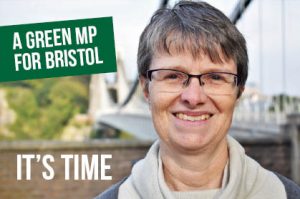 This cunt is an MEP for the green party – a highly cuntable offence on it’s own – but the reason I’m cunting her today is because she’s taking legal action against the government to get them to release details of the negotiating position and economic predictions in regards to brexit.

Not only does this idiot want us to tell the EU exactly what we want and expect during the divorce shakedown (completely undermining any chance that we may have had of gaining acceptable terms), but also wants economic projections.

She no doubt only wants the most pessimistic predictions just so that she can play her part in the concerted sabotage operation currently being conducted by the more traitorous elements in society (namely the “intelectuals” or “cunts” as we prefer to call them).

She’d love it if the forecast was gloomy, just so that her and her smug, stuck up cunt friends can chirp “told you so! … better cancel brexit then”.
These twats seem to get more and more desperate by the day.
From “lied to”, to “the vote was only advisory”, to “parliament needs a vote”, to “poor people don’t realise what they’ve done to themselves”, and now to court action only designed to sabotage the negotiations and any possibility of investment or trade deals with other countries.

Her excuse is that she thinks that the government should be transparent …. just like the EU and their traitorous skivvies have been with us then. … what a twat.

Her and her club of cunts (The Good Law Project) managed to raise £60,000 in crowdfunding from dicks that obviously have way too much money and not enough brains.

A agree there should be a court case.
But it should be against Molly Scott Cato for treason.