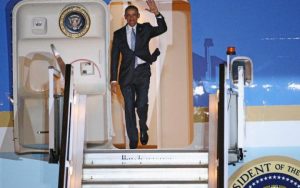 Barack Obama. I’m sure he’s been cunted before, but like his chief fellatalist, Cameron, he can’t be cunted enough. This time, it’s for sticking his nose into British affairs, and telling us to vote to keep being ass-fucked by those unelected fuckwits in Brussels. I’ve never liked Obama. I’ve never bought into the Messianic bullshit that has surrounded him for the past ten or so years.

Obama has always been a visibly arrogant and condescending prick. You can see the contempt in his eyes when he’s dealing with anyone who’s not a black American. Although he was correct, back in 2010, when he had the nerve to call Cameron a lightweight. This wouldn’t have been so bad were it not for the fact that Obama is, himself, a political lightweight. His tenure as POTUS has been weak, especially where foreign policy is concerned.

What I really despise about Obama though, is that he hates the British people, yet he hasn’t had the guts to admit it publicly. He’s shown it in snide, sly little ways, like returning a bust of Winston Churchill and referring to the French as America’s greatest ally. He should simply have admitted it at the start of his presidency and got it into the open.

So from today, until Sunday, the traitors in the Remain camp will be wanking each other off at what they think is a coup. Obama, the ‘leader of the free world’ is in town to tell the British people that we must vote to stay in a corrupt, undemocratic, Britain hating organisation. There’s just one problem that they’ve overlooked. The British people have a history of disobedience when someone presumes to give us orders. We don’t like being told what to do, especially by foreigners. That’s a big part of the reason we’re having a referendum.

This is going to backfire on the remainians. And on Sunday, Obama will fly out of the UK with the words ‘FUCK OFF’ ringing in his ears.