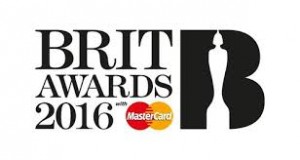 I’d like to nominate tonight’s Brit Awards for a cunting. Whilst I’m delighted that it won’t be hosted by James “Tubby McFatFuck” Corden or Davina “I’d literally kill a baby to stay on TV” McCall, I also don’t care as I won’t be watching it.

Featuring performances from Adele, Coldplay, Little Mix, Justin Bieber, James Bay and Rihanna – sooooo….. I wonder what the numerous commercial breaks will be advertising (apart from plenty of plugs for bloody sport relief – another celebrity love-in)?

It’s live of course, so we live in hope that at least one of the above will fall (or be dragged) off the stage, leave a tit on display or… hopefully… be taken out by a secret TV studio assassin (my dream job). But as I said, I don’t care as I won’t be watching it.

In between their predictably turgid, lip-synced performances, there will of course be the awards themselves – a thousand daggers sent to the stage with each smile of those who didn’t win as they clap dutifully. Meanwhile those who do win will gush through their acceptance speeches with all the genuine emotion of Hal 9000 whilst occassionally attempting some wit that would make David Brent look positively erudite. But as I said, I don’t care as I won’t be watching it.

Well it’s going to be an ego-fest alright – no doubt more than a few will try to make some kind of political statement, but given that our politicians struggle with this task, I don’t hold out much hope for anything sensible from a bunch of overpaid cabaret cunts.

Did I mention that I won’t be watching it?

14 thoughts on “The Brit Awards”