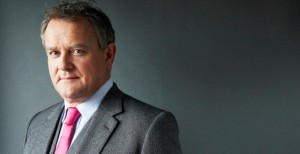 Hugh Bonneville should join Nighy in Yorkshire and Cumbria. He’s another luvvie cunt who’s started handing out the begging bowl.

How much have you luvvie cunts given Hugh? If you’d all given a couple of million each, you would haven’t needed to make those adverts.