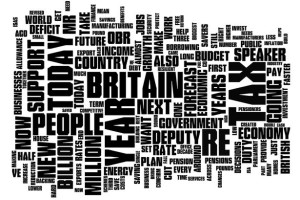 But thats not really true is it? Its merely an obfuscation of the truth, and one of the main reasons why this country runs such a massive fiscal deficit.

‘But its investing our countries future’ is the social and liberal cry. I would like to call bullshit on that one. We already have lots of shop assistants, nail technicians, Banksman/labourers, and serial breeders, we don’t need anymore. We have to get jonny foreigner into do some of the jobs because we, the english, feel we are too precious to do them ourselves, or if we forced a section of society to do this work it might be ‘degrading’ to them.

Statistically speaking, a down’s syndrome couple is more likely to have a perfectly normal child than this level of investment in families is likely to bring substantial returns in the way of tax takings by the individuals getting good school grades (thats another cunting in itself) and well paying jobs.

The state sponsored breeding programme has failed, and now needs to be curtailed. Cutting tax credits and family subsidies is clearly a step in the right direction. Having kids is a lifestyle choice, I don’t see any logical reason to continue funding it with taxpayers cash, for little or no return. The cost of educating this rabble, as well as trying to keep it alive long enough via the NHS to get some tax and NI out of them is a diminishing return.

Its a dose of reality that 13 million people have done a Greece with all their lives, and now there is no more road to kick the can down.

WTF! Can’t these cunts who insist on slagging off budgets do basic maths?

On the Beeb this morning fronted by ubercunt leftie Charlie Stait, some wanker said that increasing the minimum wage from £8 to £9 an hour would add 39% to his business running costs and would force him out of business.

Just proves what the Tories have been saying: the standards of maths in this country is unacceptably low. It seems to me especially amongst the lazy lefty bastards and the great unwashed. No wonder the immigrants get all the jobs!