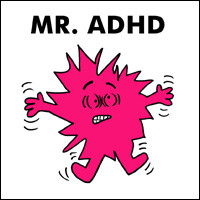 Don’t start me off about ADHD! ADHD deserves a really good cunting.

The symptoms of ADHD are very similar to those of the closely related Asparagus Brain Syndrome. They include:

* Inability to get jokes unless they are Childrens BBC quality (because of inattentiveness).

* Constantly telling everyone about ADHD.

* Forgetting that one has ADHD.

* Claiming that Thomas Edison, Beethoven, or Einstein had the same disease, and thus that they are part of a genius master race.

* Being easily upset when people call their disease a disease. Being upset when they don’t.

* Yelling random things at a wall for three hours.

According to drug companies, the best way to “cure” this “disorder” is to pump sufferers full of drugs, especially if patients are children.